question: what is normal?

The New Normal is an exhibition of artwork made between 2001-2008 currently on view at Artists Space in Manhattan, NYC, and co-organized by the iCI (that acronym isn’t even defined on the iCI’s own website, but it stands for “independent Curators International“). I haven’t seen the exhibition so I won’t pretend to say what the show is about, nor re-hash the press release text which purports the exhibition to be about notions of privacy. 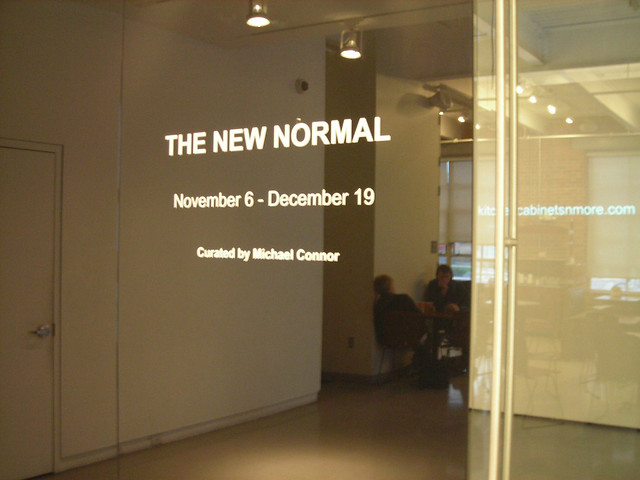 The show’s title claims to come from a speech given by American vice president Dick Cheney shortly after the 9/11 terrorist attacks, but no such proof is given online (perhaps in the show’s catalogue the quote is reprinted). Cheney’s exact quote given on 2001 October 25 to the Republican Governors Association was:

Homeland security is not a temporary measure just to meet one crisis. Many of the steps we have now been forced to take will become permanent in American life. They represent an understanding of the world as it is, and dangers we must guard against perhaps for decades to come. I think of it as the new normalcy.

(download full PDF transcript of the speech, grabbed from whitehouse.gov)

Because of Cheney’s high-profile, and the overwhelming Orwellian nature of his speech and that quote in particular (the Patriot Act was passed the following day), the phrase was noticed and has since been picked up by several organizations: turned into a PBS series examining teens’ responses to life after 9/11; used to sell some spiritual fodder, “morning glow is here at last”; in 2003 the Lawyers Committee for Human Rights which has since become Human Rights First published a report, “Assessing the New Normal: Liberty and Security for the Post-September 11 United States” (download) critiquing life in relation to the law under an increasingly secretive U.S. government post-9/11; an exhibition in Los Angeles from 2006; and the exhibition title that inspired this blog post, which has an accompanying Web site, flickr account, del.icio.us feed, tumblr blog, and youtube account (too bad they’re so concerned about privacy they won’t allow embedding of their videos!).